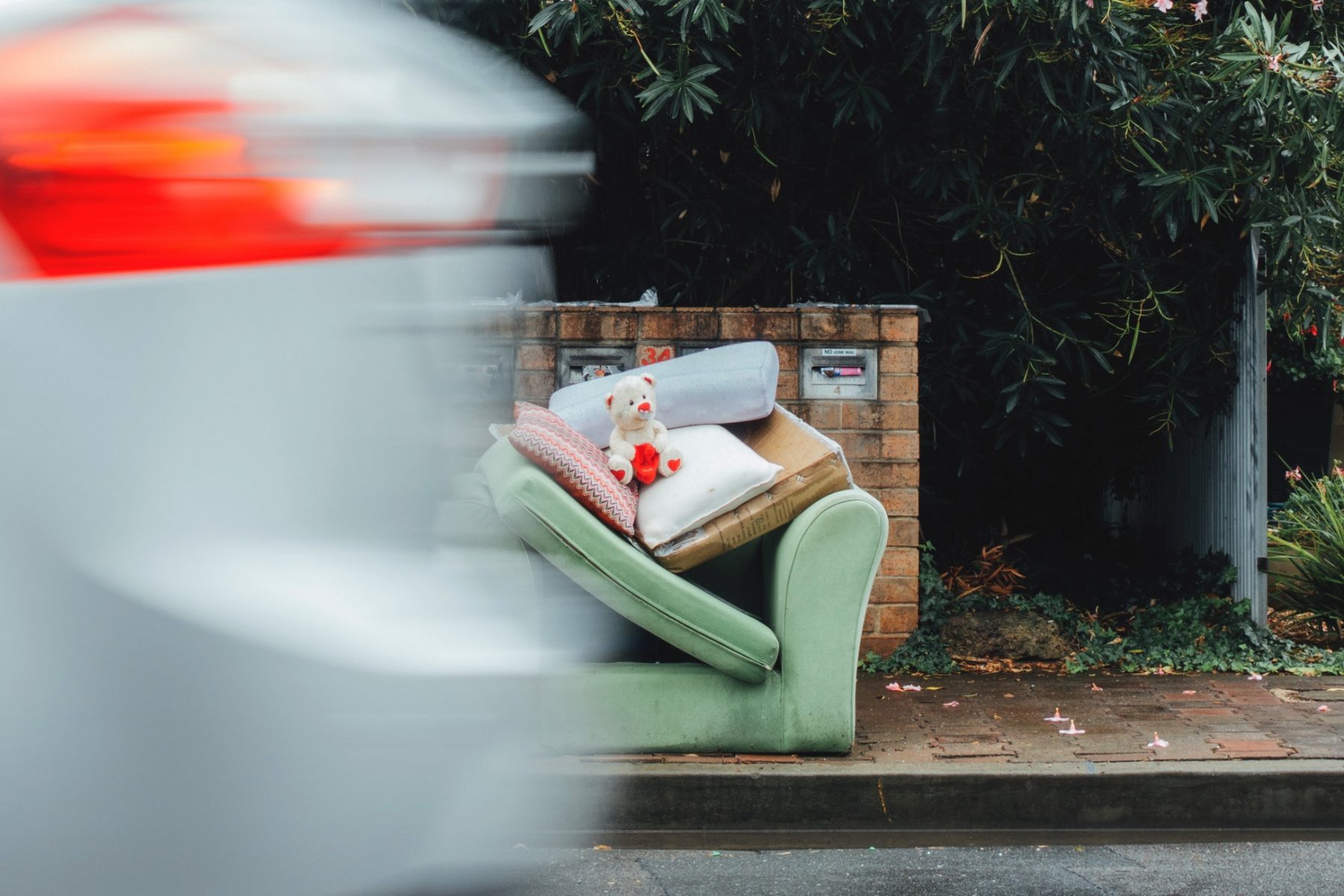 There were over a million incidents of fly-tipping last year in England alone, costing nearly £60m of taxpayers’ money to clean up. It’s an unsightly, irresponsible and expensive problem which is only on the rise, seeing an eight per cent increase from the previous year.

With Government records showing that nearly two-thirds of fly-tips involved household waste i.e. material from house or shed clearances, old furniture, carpets, and the waste from small-scale DIY projects, we look at how this growing problem can be tackled – including how to steer clear of bogus waste companies.

According to Keep Britain Tidy, fly-tipping is defined as “the illegal deposit of any waste on to land that does not have a licence to accept it”. The perpetrators’ motive is usually to avoid paying disposal costs.

The impact of fly-tipping

While the money spent on tackling fly-tipping is shocking, the true cost reaches far beyond the financial, with both the environment and society also having to foot the bill for this illegal activity. Certain waste can leach toxic chemicals into the soils and watercourses and poison natural habitats for plants, fish, and animals.

Fly-tipping can also have a huge and often untold emotional impact on people. The sight of bursting bin bags and abandoned furniture strewn across a street understandably makes residents feel stressed and unsafe, while household debris dumped in a woodland no doubt damages the restorative and calming effects for which many visit our beautiful countryside.

In regards to small-scale fly-tipping on public land, it is the responsibility of local authorities to investigate, clear, and take appropriate enforcement action. When it comes to incidents of a larger-scale (more than a lorry load), and those including hazardous waste, or orchestrated by organised gangs, it lies with the Environment Agency (in England) to deal with.

It is important to note that local authorities and the Environment Agency have legal powers that require landowners to clear fly-tipped waste from their land, regardless of who left it there. In fact, both parties have the authority to enter the private land and clear it themselves – for which they may seek reimbursement for the related costs.

We at Just Clear are fully insured to remove any fly-tipped items from your property quickly, efficiently, and affordably while giving you the peace of mind that we work to recycle as many materials as possible.

Fly-tipping is a criminal offence not to be messed with. The crime is punishable by a fine of up to £50,000, or 12 months imprisonment if convicted in a Magistrates’ Court. Those found guilty in a Crown Court can be landed with an unlimited fine and up to 5 years imprisonment. There are also a number of other possible penalties, including fixed penalty notices and having a vehicle seized.

Householders and landowners must do their research before allowing someone else to take their rubbish away – a person may be found guilty of an offence if their waste has been found to be dumped, even if the dumping was carried out by someone else (see Beware illegal operators below).

Anyone can be a fly-tipper, but common perpetrators are usually rogue traders or illegal waste disposal operators. These groups fly-tip to avoid paying a fee to dispose of the waste through legal routes, or because they do not have a licence to carry the type of waste they are discarding.

You will have good intentions to clear your waste responsibly, but if unwittingly taken into the wrong hands, homeowners can be fined up to £400 if they pass their waste to an unlicensed waste carrier which is subsequently fly-tipped. When arranging for disposal make sure that you use a registered and responsible waste carrier like our team at Just Clear to avoid dealing with the growing number of waste criminals.

Brendan O’Shea, Just Clear’s founder and director, said: “I’m shocked that so much fly-tipping goes on and that it costs our local authorities so much money. Local authorities struggle. The demand placed on social care services is at an all-time high and it’s terrible that money that could go towards caring for our older people has to be diverted to clearing up after people dumping waste.”

“Just Clear offers many services that quickly and efficiently remove large-scale waste, from garden clearance to probate estate, hoarder, and more. We’re experts in the art of safe, legal, and environmentally friendly disposal, and we’re cost-effective. If you have any waste you need to be disposed of, please give us a call.”

The steps are simple. Call us, schedule a time for us to come and pick up the waste, then our team will come and safely remove it. Fast, simple, and hassle-free. You can find out more about our fly tipping clearance here.